So, why is the Kenai River Famous?

Since the world record King Salmon was caught by local angler Les Anderson on an otherwise normal morning in mid-May of 1985, the Kenai River has been known by anglers around the world as the place to go to chase monster salmon.

The record was not a fluke either… the Kenai has the honor of being the source of 8 of the 10 largest salmon ever caught on rod & reel! These incredible fish put the Kenai River permanently on the map as one of the “bucket list” destinations for anyone infatuated with wetting a line.

But the Kenai River is so much more than just a King Salmon River – with 4 species of salmon, all of which run in epic proportions, each of them worthy of world class status – the Kenai River is a dynamic watershed that attracts visitors from all around the world from May through October.

And I haven’t even mentioned the Rainbow Trout fishery, which like its salmon species cousins, may be the greatest roadside fishery on the planet.

Perhaps the greatest aspect of the Kenai River is its location… within a short drive you can be fishing for barn-door halibut in Cook Inlet, cruising with gigantic whales and glaciers in Resurrection Bay, or exploring the beauty of the Chugach Mountains in Cooper Landing.

While our King Salmon are truly something special, they are only one of the many, many reasons to travel to the mighty Kenai

What you can read next 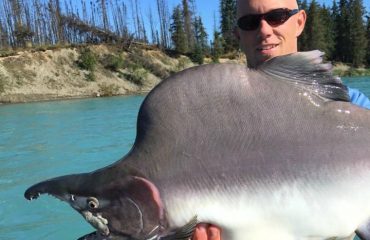 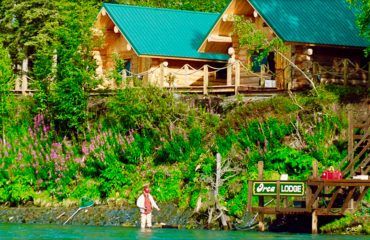